Reportedly, WhatsApp has started testing a new feature named disappearing messages. This feature allows users to delete their messages permanently after 24 hours of the respective chat. Back in November 2020, WhatsApp has already rolled out the seven days disappearing messages feature. Now, the company has decreased the time limit from 7 days to 24 hours. The new features seem to be quite exciting and the same as Telegram’s private chat. 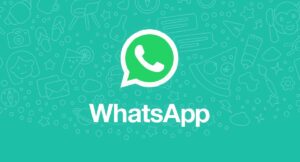 Must See: List of Samsung Galaxy smartphones getting One UI 4.0 update.

As per the report by Wabetainfo, this feature is currently in the Beta testing mode, and as of today, there’s no information available about the rollout. Besides these, Facebook-owned WhatsApp is also testing the self-destructing photos feature. As the name itself reveals that the images sent in chat are limited, and users will be able to set the disappear time.

The new feature can be accessed by a timer-like icon at the bottom left corner which can be visible before sending any messages. Whenever the person on the other end receives the message, it will be displayed as “This media will disappear once you leave the chat.” Interestingly, this feature is also available for private as well as group chats.

The new feature is currently available for limited beta users. However, the wabetainfo team has spotted the new feature on the WhatsApp beta for Android 2.21.5.4. All the users on the WhatsApp beta 2.21.5.4 will not be able to experience this feature as it is limited. A couple of days back, WhatsApp has rolled out the Audio and Video calling feature to the WhatsApp web users. Similarly, the new ‘disappearing messages’ and ‘self-destructing photos’ are expected to hit all the users soon in the coming days.

Up Next: Google Camera 8.2 update makes it even easier to shoot videos easily and adds new zoom buttons.