According to a recent report, the Social media giant – WhatsApp has over 2.5 billion active users across the world. Even though it’s the most widely used social media network, it doesn’t have a few important features compared to others. As per the latest news, the Facebook-owned WhatsApp is currently testing the ‘Video upload quality’ feature through which users will be able to send videos in original or selected quality. 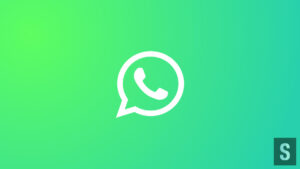 This new feature was spotted by wabetainfo in the latest WhatsApp beta 2.21.14.6 Android update. While the feature is known, currently we don’t have any ETA of it.

With this new feature, users will be able to share videos in original quality also. As shown in the below image, there are three different options available:

The new feature is presently available only for Android Beta users and it is under development. As of now, the availability information of this feature in iOS devices is not known yet. However, as the days pass, we can expect more information to anticipate soon.

Note: It’s worth noting that even though you are on the same WhatsApp version, this feature will not be available for you. Because it’s currently under testing and limited to Beta users only.

The Video upload quality feature will be helpful especially for top-end smartphones like the Galaxy S21 and Galaxy S20 Series. After the availability of this feature, users can share the 8K videos with non-Samsung users. However, even though the video is shared, the phone on the other side should also be capable of playing the 8K videos.

Must See: Samsung Galaxy M32 Pros and Cons: Should you buy it?.