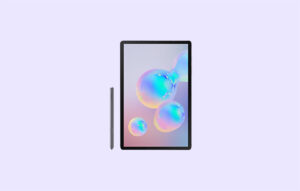 If we go ahead with the update, it holds the software version RP1A.200720.012.T867VVRU4CUD3. Currently, the update is live only for the Verizon network users, and there’s no information about other carrier users.

As expressed by the changelog, the latest Android 11 update brings the April 2021 Security Patch, adds a bunch of new features, refreshes the user interface. It may also load with some other general bug fixes and improvements.

The update brings new Android 11 features like Bubbles, Device and Media controls, One-time permissions, Permissions auto‑reset, etc. Verizon has mentioned only these in the release note. However, apart from these, the Android 11 update includes a bunch of new add-ons and revamps. Regardless, users can experience every small change while accessing the tablet.

The device was official with Android v9.0 in 2019. So, as promised, Samsung has delivered two major Android updates. Hence, the device will only receive the security patch updates biannually.

Verizon is rolling the update over the air (OTA), and users will be notified automatically when the update arrives on their Galaxy Tab S6. Nonetheless, users can also make a way to Settings>software updates and check for the updates. If any update shows up, then download and install it to experience cool ad new features.

Samsung introduced the Galaxy Tab S6 in 2019 with Android 9.0 (Pie) operating system and Qualcomm Snapdragon 855 (7 nm) Chipset. It flaunts a 10.5-inch Super AMOLED display and features a 13-MP + 5-MP dual rear camera and an 8-MP selfie camera. The device is backed by a 7,040 mAh battery with support for Fast charging up to 15W. The smartphone pairs with 6/8GB of RAM and 128/256GB internal storage.