Last week, the Verizon-based Galaxy A10e, Galaxy S21 Series, and Galaxy Note8 smartphones have experienced a couple of new updates with the latest security patches. Now, the company is lining up the February 2021 Security Patch update to the Galaxy Tab A (10.5) device users. The software version QP1A.190711.020.T597VVRU3CUB2 can recognize the update. 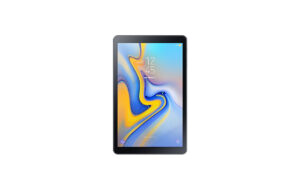 As mentioned by the release note, the update doesn’t appear with any new features and major changes apart from the new security patch. However, the security updates usually incorporate fixes for known issues, optimizations, and improvements.

The update follows the staggered rollout, and it is expected to hit all the devices in a few days. Meanwhile, head to Settings>Software updates to check the update status manually. Also, make sure to charge your phone up to 60% to avoid interruptions.

A 10.5-inch IPS LCD smart device is powered by the OCta-core processor-based Qualcomm Snapdragon 450 (14 nm) Chipset paired with 3GB RAM and 32GB internal storage. In-camera, there’s an 8-MP rear camera and a 5-MP front side camera. On the top, the device runs Android 8.1 (Oreo) and packs a 7,300 mAh battery.