A couple of Verizon Samsung devices, including the Galaxy Note8, Galaxy Note 20 Series, Galaxy S20 Series, and others, have received several recent updates. Now, the Galaxy S21 Series becomes the latest device to taste the March 2021 Security Patch update. The firmware versions of these updates are as follows. 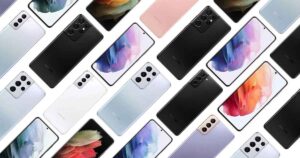 As per the release note, similar to all the other security patches, there’s nothing new in this update too. In general, the security updates usually incorporates bug fixes, improvements, etc. The performance and stability of the device are expected to be improved by this update.

The update is currently under greyscale testing, which means that random users will start receiving the update now. If the update doesn’t contain any major issues, the company will start rolling it to a broader audience. So, users need to wait for a few days to experience the update. Alternatively, you can also head over to Settings>Software updates to manually check the update status.