As we all know, carrier-based devices get software updates slowly compared to non-carrier devices. Verizon and Samsung have started sending the April 2021 Security Patch update to the Galaxy A50 users. Identified by the software version RP1A.200720.012.A505USQSBDUD1 is already live on many devices. 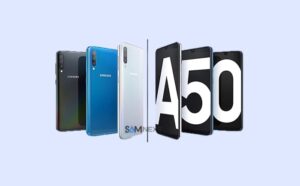 As stated by the changelog, except for the April 2021 Security Patch, the update especially doesn’t pack with any significant changes or new features. On the off chance, it may also include fixes for user-reported issues, improvements for the system and applications, enhancements, etc. The changelog of this current update is as follows.

The current software update provides the most up to date Android security patches on your device.

As always, the update follows the batch rollout, and hence, it generally takes a week to appear on all the devices. To check the update manually, head to Settings>Software updates. We additionally suggest you to switch to a WiFi network to avoid mobile data charges.

Related: May 2021 Security Patch is now rolling out to the Samsung Galaxy S20 Series.