Verizon is consistently releasing new updates to the Galaxy A10e smartphone users. Last month, it has rolled out the February 2021 Security Patch update to the device. Now, the network carrier Verizon has begun rolling out the latest April 2021 Security Patch update to the Galaxy A10e users. The update carries the software version QP1A.190711.020.A102USQU9BUC1. 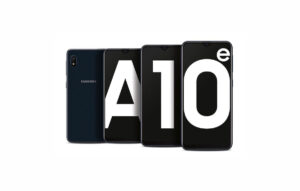 The release note of the update states that “The current software update provides the most up to date Android security patches on your device”. However, the security updates usually incorporate bug fixes, improvements, and others. The device has directly bumped from the February to April 2021 Security Patch. In the meanwhile, it has skipped the March 2021 Security Patch update.

The update is rolling out in batches and as a result, users need to trust a few days to get it. Likewise, it can also be checked manually by heading over to Settings>Software updates. We also suggest you to switch over to a WiFi network and maintain at least 60% of charging before updating.