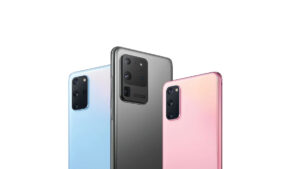 According to the changelog, the new updates don’t come with any changes or improvements besides the June 2021 Security Patch update. Once updated, you will be able to notice any major changes if added.

As it’s the very initial release of the updates, it generally takes a week to appear on all the smartphones. So, in the meanwhile, you can also make a straight way to Settings>Software updates and check for the updates. It is also suggested to maintain at least 60% of charging before installing the update to prevent interruptions.