Galaxy A01 at Verizon gets Android 11-based One UI 3.0 update

Two months back, Samsung released the Android 11 update to the regular Galaxy A01 smartphones. Now the Verizon-based Samsung Galaxy A01 users have begun accepting the Android 11 update. Unfortunately, Samsung has included the One UI 3.0 Skin in this new firmware instead of the One UI 3.1 Skin. The new update can be identified on the software version RP1A.200720.012.A015VVRU4BUE4. 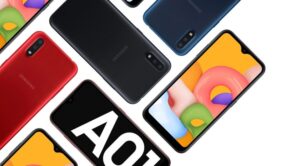 Moving ahead to the changes, the update loads with the latest May 2021 Security Patch, new features of Android 11 and One UI 3.0, improvements, and enhancements. It adds new features like Conversations, Bubbles, Categorized Notifications, One-time permissions, Permissions auto‑reset, and a few other One UI 3.0 features.
The firmware might also include enhancements for the Home screen and Lock screen, Calls and chats, Pictures and Videos, Settings, Easy media, and device control, and others. Furthermore, the Galaxy A01 becomes more secure with this update as the device grabs the May 2021 Security Patch alongside Android 11. Once installed, you will undergo all the changes while utilizing your gadget.
As always, Samsung is turning out the update in a phased manner, and hence, users need to wait for at least one week to experience it. Meanwhile, the update can be checked manually from Settings>Software updates and check for the updates. As it is a significant update, we suggest you maintain at least 60% of charging before installing the update.