Android Auto issues are a significant problem that may arrive in a faulty update, or there are chances at which the respective device might contain the issue by default. For the past few months, Samsung Galaxy smartphone users are facing Android Auto issues. Many users have also tried reporting to the company about this issue, but unfortunately, it remained the same till now. However, Google and Samsung have acknowledged the issue after several months. 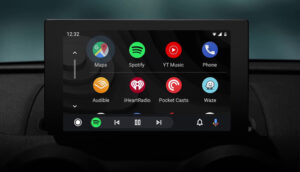 The Android Auto issue is encountered more in the Galaxy S21 series smartphones. Many users have reported that the Android Auto crashes whenever they unlock their phone. It is also confirmed that the problem is not caused by third-party applications. Some monthly security patch updates might have introduced this issue. However, Google and Samsung have checked all the user reports and provided the acknowledge statement.

Google’s Android Auto team has noticed the issue, and they have informed Samsung about this issue, and a fix will be rolled out soon in the July security update. The acknowledged confirmation statements are as follows.

Thanks for all the reports. We informed the Samsung team and they have  applied a fix on an upcoming upgrade as part of the regular July maintenance release to resolve this issue. Please keep checking for system updates on the device.
(Source)

Thanks for reporting this issue. We forwarded this issue to the rest of the team. We’ll update with more information when it’s available. Thanks!
(Source)

While the issue has been acknowledged, the estimated time of arrival (ETA) has not been mentioned. However, as the issue grabbed the attention of the developers, we can expect the fix within the next few weeks.

Note: We will keep an eye on this issue and update this article when more information about this issue gets available.

Up Next: Galaxy Watch Active 4 gets FCC Certification with two new models.