Here’s a first look at Samsung’s version of Wear OS, ‘One UI Watch’

Rumours have been around us for the past few weeks after the collaboration of Google and Samsung to create the next version of Wear OS. Samsung has today introduced the version of Wear OS, ‘One UI Watch’, in the MWC 2021 event. The Korean giant has also confirmed that the upcoming Galaxy Watch Series (Galaxy Watch 4) will be the first device to taste the new Android-based OS. 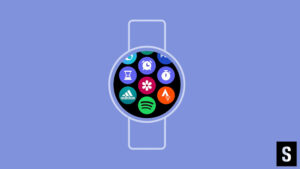 In this event, the company has clearly said that the new UI is designed to bring more features and deeply connect the Galaxy Watch with your device. Talking bout the new platform, it comes with an attractive user interface, and the customization of the Galaxy Watch has become much easier with it. A short video from Samsung is dropped below.

Users can connect the Watch to the smartphone using the Wearable application, and they can start customizing the clock and a few other things from the app itself. After creating a custom design, you can save it, and the changes will go live automatically in your Galaxy Watch.Moreover, the blocked calls and messages from Galaxy Watch will automatically be blocked in your smartphone as well.

Furthermore, the new OS will also add many features. Many popular third-party apps are also being integrated so that the applications can be downloaded directly from your Galaxy Watch via Google Play Store.

Apart from this, it is also confirmed that the company is planning to bring an improved face design tool through which users can create new Watch faces easily. Users can either edit and apply the pre-loaded Watch faces, or else they can also start designing everything from scratch. The video detailing the face design tool is as follows.

Up Next: Samsung indirectly confirmed that the Galaxy Watch 3 is now outdated.