HBO Max is also one of the popular streaming services, with nearly 44.2 million subscribers worldwide. It is a widely used application on many platforms like mobile, PCs, and especially TV’s. Presently, it looks like the users of Samsung smart TVs are facing the playback issue while using the HBO Max application. 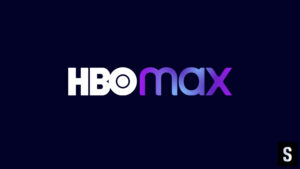 Whenever a user tries to explore the HBO Max application, the app suddenly stops working, or it freezes at a particular moment. A few weeks earlier, this issue was noticed on a few Samsung TVs, but the company has not cared about this as it was noticed on a few products only. As the days are passing, the issue has begun developing on almost all the Samsung Tvs.

From the past few days, users have started reporting about their issues on different social media networks. The issue is the same for almost all the users. But, the error message is displaying in various ways for the users.

Some of them are able to see the ‘Oops, something went wrong’ message, while some other people are not even getting any error message. The app freezes, and a few moments later, it closes automatically and navigates to the home screen.

This issue is present in the entire application, and it is not permitting users to watch any content. No one wants to waste their money without enjoying it. And this brought frustration and fire in many users, and they have started describing their issues to the company on social media networks.

Furthermore, many users have tried to reset their Samsung TV, and the issue remained the same even after doing it. For a piece of precise information, we have dropped the user reports below.

However, the frustrating tweets have brought attention to HBO Max’s development team, and they have recently released the acknowledge statements.

As per the acknowledge, the company has asked many users about their Samsung TVs model number, Tizen version, and HBO Max version. As the issue brought to the company’s attention, we can definitely expect a fix shortly.

While the issue has been acknowledged, the estimated time of arrival (ETA) of the update has not been mentioned yet. However, as the development team is already working on this issue, we can expect the fix to follow soon within the next few days.

Note: As always, we will keep an eye on this issue, and if we get more information about this issue, then we will update it.

Up Next: This may be our first look at the design of the Galaxy Watch Active 4.