Samsung rolls out the Android 11 update for Galaxy M01s

A few days back, Samsung has spun several major updates to the Galaxy A20s and some other Verizon devices. And now, the Korean giant has started turning out the Android 11-based One Core UI 3.1 update for the Galaxy M01s uses. The update holds the firmware version M017FXXU2CUG1, weighs 1395.49 MB, and currently, users from India have begun experiencing it. 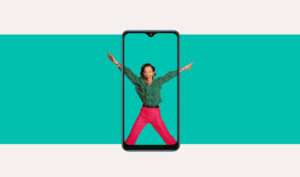 On the other hand, the firmware also comprises enhancements and redesigned user interfaces, performance improvements, and several improvements for home screen and quick panel, etc. Furthermore, the company has added the July 2021 Security Patch in the update.

As always, the OTA update is rolling in batches, and hence, it may take time to reach all the devices. If you are a Galaxy M01s user from India, head to Settings>Software updates and check for the updates. Also, make sure to maintain a minimum of 60% of charging before updating to avoid interruptions.

UP Next: Galaxy Watch 3 picks a new update with several improvements and changes.