From the past few days, a plenty of Samsung devices have bagged several new updates. Now, Samsung is expanding its portfolio by rolling out new update to the Photo Editor application. The latest update is carrying the firmware version v2.9.23.37. 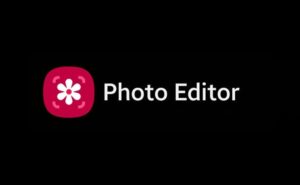 As per the changelog, the new update dispatches with several improvements, which allows you to perform more functions within the app. it brings improvements for Edit feature of object eraser. Users can now directly draw, select the area of the object you want to erase and do more actions.

In this new update, the White Balance of the Tone has been changed to Temperature, and the feature has been improved. Apart from that, there’s no more available in this update. The changelog of this update is dropped below.

The latest update for the Samsung Photo Editor App is live on almost all the Samsung deives. Users can also download the APK file from the below link and install the update manually.