A couple of days back, the Korean giant has announced the list of devices getting Samsung Pay and Pay mini support. And now, Samsung has begun seeding a new update for Samsung Pay with a new add-on and a couple of improvements. The update has been spotted on the Galaxy A70 smartphone, and there’s no word available about the broader release. 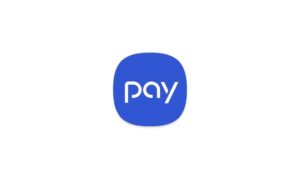 If we go with the changelog, the new update improves the Contactless Tap & Pay Card Payments. Now, you can make a transaction of up to Rs. 5,000 without entering the PIN. Users can also add a UPI ID from the Pay tab. 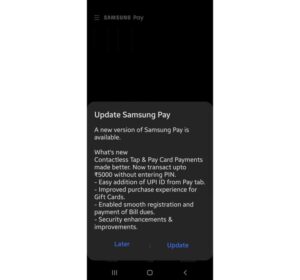 Furthermore, the update enables the smooth registration and payment of Bill dues. Apart from all of these, it improves the purchase experience for Gift Cards, and it may also include a few Security enhancements and improvements. The changelog of this current update is dropped below.