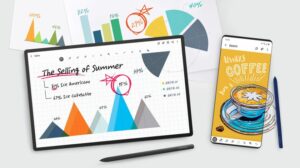 Talking about the changes, the complete changelog of this update is not available at the moment. But, as per a user report, the latest firmware includes the Skip to the right spot option. It allows you to record while you write, then see your note unfold as you listen or tap a sentence to jump to that point in the recording.
Additionally, Samsung has added an add-on that allows users to write on top of the text. Users can circle important ideas with this feature, underline key phrases, and draw on their notes. We can also see the Individual pages add-ons in this update though which users can write notes with individual pages you can sort and organize. After installing this update, users will also be able to add PDFs to notes and write or draw right on top of them. 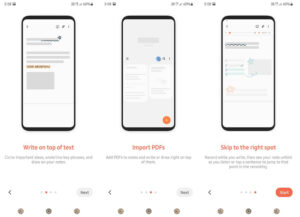