At the beginning of 2020, the Korean giant – Samsung has announced that it will set up a $500 million mobile display manufacturing plant in India. But due to the impact of the COVID-19 pandemic, the company has postponed it and the planned workforce was sent back to South Korea to complete the pending work. Now, almost after a year, Samsung has started making smartphone display panels in India. 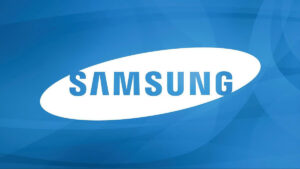 As per the report by economictimes, Samsung has already started manufacturing the smartphone display panels in India earlier this month. The plant is located in Noida, Uttar Pradesh and it will produce employment opportunities for nearly 500+ people and offer 1,300 jobs.

Samsung has invested Rs. 4,825 crore to move its manufacturing plant from China to India. However, the company will get Rs. 460 crore from the government under the Government of India’s Scheme for Promotion of Manufacturing of Electronic Components and Semiconductors (SPECS).

Interestingly, Samsung is the only company in India that has met its targets under the governments (PLI) scheme for Financial Year 2020-21. The other fifteen (15) companies like Apple, Foxconn, Wistron, etc, have wrestled a lot to reach their targets and asked the government to extend the deadlines.