A few moments back, the Samsung Galaxy Watch, Watch Active 2, and Galaxy Watch 3 have bagged a couple of new updates with improvements. Now, it’s the Samsung Gear S3 and Gear Sport tasting the new update with improvements for Wi-Fi. The update is rolling out on the firmware number R760XXU2FUD1 for the Gear S3, and it weighs 10.64MB in size. At the same time, the Gear Sport update bears the build version R600XXU1DUD1/R600OXA1DUD1 and weighs 10.89MB. 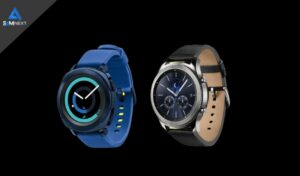 The release note states that the new updates come with improvements for Wi-Fi stability. Apart from that, the company has not included any new features in the device. However, you can know the other changes after installing the update is added. After the massive update in May 2020, which included new watch faces, Samsung Health, and other features, Samsung has not rolled out any significant updates to the devices.

The latest updates for the Galaxy Gear S3 and Gear Sport are currently taking place in South Korea. As of now, there’s no word available about the broader rollout of these updates.