The March 2021 Security Patch was initially rolled out to the Galaxy Note 10 Series and Galaxy Fold. Now, the company has begun turning out the March 2021 Security Patch update to the Galaxy Z Fold 2 users. The update holds the firmware number F9160ZCS1DUC1, and it is spinning out only to Chinese users right now. It is expected shortly to release in the coming days in more countries. 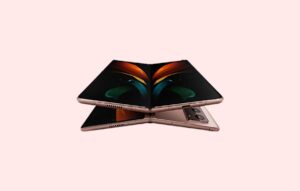 Similar to all the other updates, it also comes with fixes for the known issues and stability improvements. Interestingly, the company has included fixes for 19 vulnerabilities and 4 critical fixes. The latest software update reportedly doesn’t add any new features or significant changes to the device besides the new security patch.

If you are a Galaxy Z Fold 2 user from China, a notification will emerge automatically if the update hits your device. Likewise, users can also navigate to Settings>Software updates to manually check the update. We also suggest you to maintain at least 60% of charging before installing the update.