Samsung is on a deadly streak in sending updates to the different smartphones. Today, the Galaxy M54 5G, Galaxy M02s, Galaxy F02s, and a few other devices have acquired several new updates. The Korean giant has now begun cultivating the April 2021 Security Patch update to the Galaxy XCover 5 and Galaxy Tab A4S. 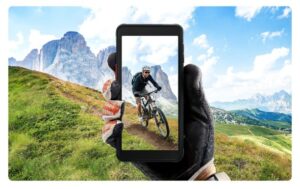 The April 2021 Security patch update for the Galaxy M30S is currently taking place in, and it will be released in others countries shortly. The update carries the firmware number. Except for the latest security patch, there’s no more available in the update.

The Samsung Galaxy Tab A4s has started picking a new update with the latest April 2021 Security Patch. The firmware version T307USQS5BUD1 can identify the update. At the moment, the firmware is rolling out only in the United States. As stated by the changelog, there’s nothing changed in this update apart from the latest security patch.

If you are the Galaxy M30s or Galaxy XCover 5 or Galaxy Tab A4s user from any of the above countries, the update will arrive automatically on your device shortly. Alternatively, users can check the status by going ahead to Settings>About>Software update.

Related: Android 11 is now rolling out to the Samsung Galaxy M02s and Galaxy F02s.