Two weeks back, Several new updates were delivered to the Galaxy Watch Active 2 and Galaxy Watch 3. Now, the predecessor of these smartwatches, i.e. Samsung Galaxy Watch LTE, receives a new software update. Identified by the build number R805FXXX1GUC1 weighs as little as 11.89 MB in size. 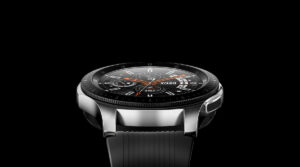 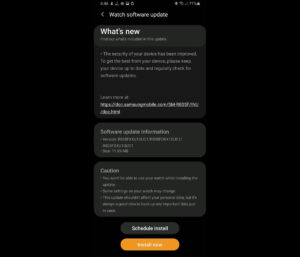 The latest update for Galaxy Watch LTE is taking place only in India, and there’s no word available about other countries. However, we suppose the update to follow quickly in more countries. Users can connect their Galaxy Watch to their smartphone and drive to the Updates section to instal the latest firmware.

The Galaxy Watch LTE comes with a 3.29cm (1.3″) display and 1.15GHz CPU Speed. There’s 1.6GB RAM, and the available memory will be 1.4GB. The storage of this handset is about 4GB. It accompanies by a 472 mAh non-removable battery. The smartwatch measures 49.0 x 46.0 x 13.0mm in dimensions and weighs 63 grams. The sensor on the board covers Accelerometer, Barometer, Gyro, HR, and Light Sensor.