In the latest Amazon sale, the Galaxy Z Flip 5G smartphone price was dropped to $999 for a limited period. Now, the e-commerce giant has slashed the Galaxy Tab S7 and S7+ WiFi models price by $130-$220. 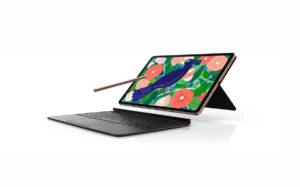 Interested usrs can follow the below links to purchase the smartphones at the discounted price. Also, keep in mind that these smartphones are available for a discount price for limited time period only.