Samsung has begun rolling out the Android 11-based One UI 3.1 update and the April 2021 Security Patch update to the Galaxy S5e users. The One UI 3.1 update for the Galaxy S5e is rolling out in the Chinese markets. At the same time, the April 2021 Security Patch update is spinning out in Brazil and Mexico countries. However, we can expect the broader release of the updates shortly. 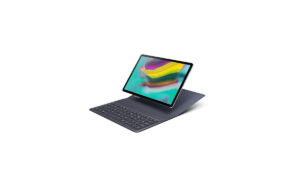 Related: Samsung releases the Android 11 update to the Galaxy A01.

As usual, the changelog of this update is unavailable. So, the security update generally incorporates fixes for encountered issues, enhancements, improvements, etc. The update is carrying the firmware version T725XXS2CUD1, and surprisingly, it is still based on Android 10.

The changelog/release not of this update is also not available at the moment. However, as it is the One UI 3.1 update, we can expect new features like Google Discover feed integration, Google Home Device Controls, Google Duo integration, Video call effects, etc. Apart from this, the update may also accompany the Android 11 features like a more practical power button menu, Dynamic media controls, Schedule dark theme, Grant temporary permission to apps, and much more. Furthermore, th update also comes with the April 2021 Security Patch.

Note: The updates are rolling out in a phased manner for verification. As a result, users need to wait for atleast one week to experience the update.

The Galaxy Tab S5e users from the countries as mentioned above will receive a notification if the update arrives on their device. Alternatively, you can also check the update manually from Settingss>Software updates>Check for the updates.