After the Galaxy Tab Active 3, it’s the Galaxy Tab Active 3 tasting the April 2021 Security Patch update. The firmware version T395XXSCCUD1 can identify the new update, and it is currently released in many countries like Austria, the Baltic region, Germany, Greece, Italy, Luxembourg, Switzerland, and Southeast Europe. 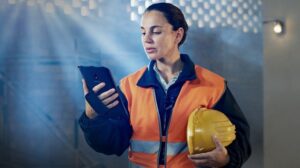 Like all the other updates, it usually incorporates 21 fixes from Samsung and 30 fixes from Google, improvements, fixes for the user-reported issues. Apart from these, we can’t expect any other changes as it is a regular monthly security patch. Hence, this update is released only to increase the smartphone’s security patch level and enhance stability.

If you are a Galaxy Tab Active 2 user from any of the countries as mentioned above, a notification will appear as soon as the update arrives on your device. Likewise, users can also check it manually by making a path to Settings>Software update>Check for the updates.