Over the years, we have seen many smartphone launches from the International Olympic Committee and Samsung partnership. Now, as the Tokyo Olympics are getting closer, the Olympic Games Edition of the Galaxy S21 5G has been announced. 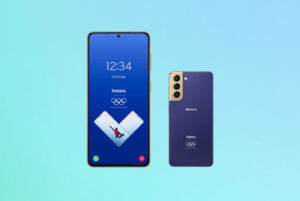 Must See: Android 12 features: Confirmed and Rumored so far.

In 2020, the Galaxy S20 Olympic Games Edition was debuted with the Tokyo 2020 logo on the smartphone’s rear side. But. the Galaxy S21 5G Olympic Games Edition equips an IOC five-circle logo. The smartphone comes with Phantom Blue shade, and there’s a gold-coated frame on the background of the rear camera. Moreover, the new device is loaded explicitly with Olympic-themed app icons and wallpapers.

If we go ahead with the specifications, there’s a 6.2-inch FHD+Dynamic AMOLED display with 1080 x 2400 pixels as the resolution. Plus, the handset is equipped with a 120Hz adaptive refresh rate. The phone equips 8GB RAM and 256GB onboard storage. 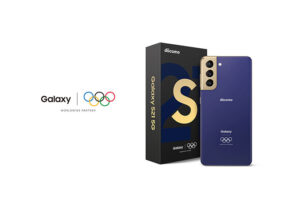 The phone features a triple rear camera in-camera department, which assembles with a 64-MP primary camera and other two 12-MP cameras. On the front side, there’s a 10-MP camera for selfies and video calls.

Furthermore, the device is backed by a 4,000 mAh battery. On the top, the phone runs the Android 11 operating system. Under the hood, it is powered by an Octa-core processor based on Qualcomm Snapdragon 888 5G Chipset. For security, there’s a fingerprint scanner and face authentication.

Regarding the availability, the company has already begun taking the pre-orders, and the sale will start at the beginning of June 2021 via NTT DOCOMO Store.

Up Next: Google Photos to Get Locked Folder for private images.