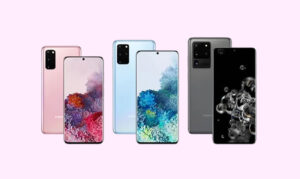 The new update fixes issues related to Exynos 990 chipset. The latest update also brings other bug fixes and stability improvements. Reportedly, the company has not added any new features to the device. However, you will be undergoing all the changes while using your device.

The update is expected to roll out in other countries very soon. If you are a user of Galaxy S20, Galaxy S20+, and Galaxy S20 Ultra, you will be notified with a pop-up notification. If you are not notified, then head to Settings>> Software updates>> Download and install.

Up Next: WhatsApp desktop calls to remain connected even if phone gets disconnected.