From the past few days, Samsung has continuously sent a couple of new updates to all of it’s old and latest smartphones. Now, it has started seeding the One UI 3.1 update to the Galaxy Note 10 series and Galaxy Fold users. The update for Galaxy Note 10 series bears the firmware version N97xFXXU6FUBD, weighs over 1GB in size, and as of now, it is currently rolling out only to Germany users. Whereas the Galaxy Fold update appears on the build version F900FXXU4EUBF, and it is limitedly rolling out to France users. 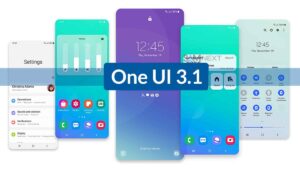 Must See: How to enable the eSIM functionality on Galaxy S20 Series.

Talking about the Note 10 Series update first, it incorporates the new features, a couple of changes, improvements, etc. Interestingly, the company has also included the March 2021 Security Patch to the device. The update adds the Eye Comfort Shield (blue light filter), Private Share, and other One Ui 3.1 features. Apart from these, the update also brings improvements for the camera.

As of now, the official changelog/release note of the update is currently unavailable. The new One UI 3.1 update might include new features like Private Shareremove GPS location data option, Google Home smart devices controls, Object Eraser Tool, etc. Apart from these, it might also come with the latest security patch, bug fixes, improvements, etc.

If you are a Galaxy Note 10 Series or Fold users from any of the locations mentioned above, you will be notified automatically if the update reaches your smartphone. Alternatively, you can also head over to Settings>Software updates and check for updates to check the update status manually.

Related: Samsung Galaxy S20 Plus starts getting One UI 3.1 update with eSIM functionality.