Samsung starts rolling out the One UI 3.1 update to the Galaxy M51

A few moments back, Samsung has rolled out the One UI 3.1 update to the Galaxy S10 Lite smartphone users. Now, the company began cultivating the One UI 3.1 update to the Galaxy M51 users. The firmware version M515FXXU2CUB7 can identify the update, and as of today, the update is rolling out to Russian users only. However, it is expected shortly to release shortly in other countries too. 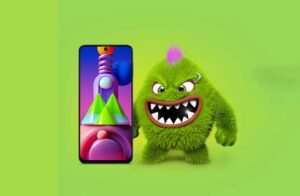 Similar to the Galaxy S10 Lite, it also comes with the March 2021 Security patch, and it may also include fixes for known/reported issues, improvements, enhancements, and others. The update is expected to improve the smartphone’s performance and stability. It might also incorporate with One UI 3.1 features like Google Discover feed integration, Google Home Device Controls, Google Duo integration, Video call effects. Nevertheless, you will be undergoing all the major changes while using your device.

The company is spinning out the updates in a phased manner for verification. If you are a Galaxy M51 user from Russia, then a notification will pop-up if the update arrives on your device. Otherwise, you can also check the status manually by heading over to Settings>Software updates.