At the beginning of May 2021, the Korean giant launched the Galaxy M42 5G smartphone in India. After the successful launch, Samsung is now sending the April 2021 Security Patch update to the Galaxy M42 5G Indian users. The update appears on the build number M426BXXU2AUD5. 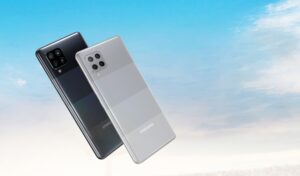 According to the official changelog, the company has added only the latest security patch in this update. Apart from that., the Galaxy M42 5G’s first update doesn’t incorporate any other changes.

The update was released a few days ago, and it might have already started appearing on all the Galaxy M42 5G devices. If the update doesn’t appear on your device, you can manually check the update availability by making a beeline to Settings>Software updates and check for the updates.

For photography, it hosts a quad rear camera setup that assembles with a 48-MP Primary camera, 8-MP ultrawide lens, 5-MP macro camera, and a 5-MP depth sensor. Upfront, it powers a 20-MP single camera for selfies and video calls.

Related: Android 11 is now rolling out to the Samsung Galaxy M02s and Galaxy F02s.