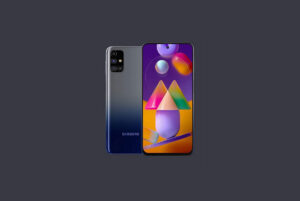 As stated by the changelog, the update adds a couple of new features, fixes bugs, February 2021 Security Patch, and it may also pack with improvements and enhancements. You will be undergoing all the changes while using your device. Some of the One UI 3.1 and Android 11 features include Google Discover feed integration, Google Home Device Controls, New Media playback widget, Chat bubbles, ‘priority’ conversations, and much more.

Similar to all the other updates, it is also spinning out in a staggered way. As a result, users need to be patient for a couple of days to experience the update. If you are a Galaxy M31s user from any of the above countries, a notification will appear automatically if the update reaches your device. Alternatively, you can also check the update manually by heading over to Settings>Software updates.

In terms of camera, it packs a triple rear camera and a 32-MP single front0facing camera. Galaxy M31s runs Android 10 based One UI 2.5 (Skin) on the top and houses a 6,000 mAh battery with 25W fast charging and Reverse charging support. Moreover, there’s a side-mounted fingerprint scanner.