After the Galaxy A51, Galaxy A90 5G, and other devices, the Samsung Galaxy M30s becomes the latest device to get the One UI 3.1 update. The new update can be identified on the firmware number M307FXXU4CUD1, weighs 744.44 MB and it is currently rolling out only to the Indian users. 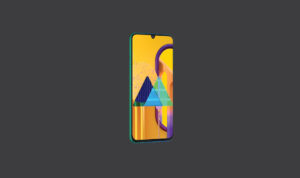 The One UI 3.1 update for the Galaxy M30s brings the latest March 2021 Security Patch, adds new features, fixes bugs, comes with enhancements, etc. The update might load with the One UI 3.1 features like Google Discover feed integration, Google Home Device Controls, and others. However, all the new features can be experienced while using your device.

The Galaxy M30s users from India will be able to see a notification if the update reaches their device. Alternatively, it can be checked manually from Settings>Software updates. We also suggest you to maintain at least 60% of charging before updating to prevent carrier data charges.