A week back, the Galaxy M Series smartphones, including Galaxy M11 and others have enjoyed new updates. The time for the Galaxy M20 to enjoy the April 2021 Security Patch update has arrived. The firmware bears the version M205FDDU8CUD3, and it is based on Android 10. Currently, the update is occurring in India, and we don’t have information about other countries. 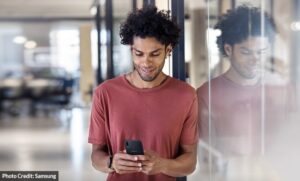 Similar to the other monthly security updates, it also comprises only the new security patch. Other than that, Samsung has reportedly not included any significant changes or add-ons. In general, the security updates incorporate the bug fixes for issues reported by users on Samsung & Google Community forums, improvements to the application & system, etc. As usual, the firmware changelog is dropped underneath.

The Galaxy M20 is a part of Samsung’s biannual update plan; the device will receive only two security updates a year. Surprisingly, the device has banned the March 2021 Security Patch last month. We need to check whether Samsung rolls outs out the May 2021 Security Patch update or not. In the meantime, the Galaxy M20 users can make a beeline to Settings>Software updates and check for the updates. If the new update is available, download and install it to increase the smartphone’s security patch level.