Samsung Galaxy M02s is one of the best low price range smartphones under the Galaxy M Series, released in a few selected countries, including India. The phone comes with a clean and straightforward design with a waterdrop-style notch. Like the other phones, the Galaxy M02s also features some awesome stock wallpapers. Plus, they are available for download. So, without wasting any more time, Download the Galaxy M02s stock wallpapers by following below. 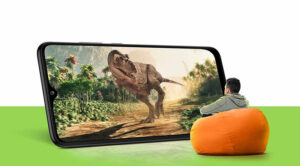 Samsung launched the Galaxy M02s in 2021, featuring a 6.5-inch PLS IPS display paired with 720 x 1600 pixels of resolution. The Samsung Galaxy M02 is powered by the Qualcomm Snapdragon 450 (14 nm), which is an octa-core-based processor paired with Adreno 612 GPU. The phone only comes in two variants: 3GB RAM 32GB, 4GB RAM 64GB. The device also supports storage expansion up to 1TB using a microSD card slot.

Moving to the camera department, the Galaxy M02s hosts a triple rear camera consisting of a 13 MP-MP camera with f/2.2 as aperture, 2-MP macro camera with f/2.4 lens, and an f/2.4 aperture for the 2-MP depth sensor. On the front part, there’s a 5-MP shooter for capturing selfies and making video calls. The additional camera features include LED flash and 1080p@30fps video.

The Galaxy M02s boots with an Android 10 operating system on the top. Samsung has added a 5,000 mAh battery with 15W fast charging support. A few other features of the Galaxy M02s include Bluetooth, GPS, FM Radio, USB, 3.5mm audio jack, Wi-Fi 802.11 b/g/n, Wi-Fi Direct, etc. The phone retails for Rs. 8,999, and the price generally varies based on the selected variant.

The Galaxy M02s also equips with its own wallpapers like the model numbers. Talking a few words about them, the wallpapers look gorgeous, and they are available in different resolutions, including 720 X 1600 and 1600 X 1600 pixels. Thanks to the developers for extracting the wallpapers and making them available for download. Below is a glimpse of some stock wallpapers of Galaxy M02s. 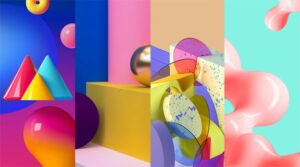 Regarding the count, the total available wallpapers of the Galaxy M02s are six in number. In general, the wallpapers are part of the design, which changes the appearance of the smartphone. So, If you want to bring some new looks to your smartphone, you can make these wallpapers a try.