Before the Google Pixel and other brands, Samsung was the first smartphone brand to roll out the April 2021 and May 2021 Security Patch updates. The Korean giant is now spinning new updates to the Galaxy J5 (2017) and Galaxy J7 (2017). 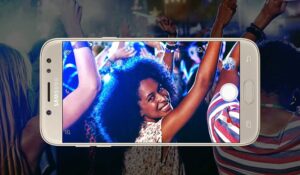 The update for Galaxy J5 (2017) is rolling on the firmware version J530LKLU7CUD2, and it comes with the latest April 2021 Security Patch update. At the same time, the Galaxy J7 (2017) can be identified on the build number J730FXWS8CUD1 and appears with March 2021 Security Patch.

As per the changelog, the latest updates don’t feature any changes or add-ons. So, the security updates generally include fixes for bugs & loopholes, enhancements, and stability improvements.

As always, the updates are following the greyscale rollout for verification. However, users will be notified automatically when the update reaches their smartphone. Users can also steer to Settings>Software updates and check for the updates. If the update appears, install it to experience the latest security patches and improvements.