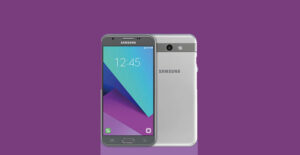 According to the official changelog from the company, it states that the security of the device has been improved. Reportedly, there are no minor changes in the update. So, this biannually update is meant only to increase the smartphone’s security patch level.

Will Galaxy J3 Top and J7 Top get more updates?

The updates are following the phase-wise rollout and hence, it may take a few days to appear on all the smartphones. Alternatively, users can navigate to Settings>About>Software updates to physically check the update status.