A few days back, the Korean-giant Samsung has officially launched the Galaxy F62 smartphone in India at a medium value price range. Now, the device started receiving a new update after its first sale. The update can be identified on the E625FDDU1AUB4 firmware version. 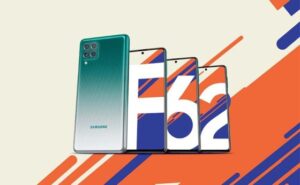 According to the release note, the update includes the latest security patch, and it may likewise load with bug fixes, upgrades, enhancements, and improvements. Reportedly, the company has not added any new highlights to the gadget. However, you will be undergoing the new features if added.

Like all the updates, the company is sending the update in batches. Thus, you may have to trust several days will encounter the update. Alternatively, you can likewise go to Settings>Software updates and check for the updates to check the update status manually.

The newly launched Galaxy F62 sports a 6.7-inch display and packs with Octa-core processor based Exynos 9825 (7 nm) Chipset. Moreover, the device runs the latest software version, i.e., Android 11 based One UI 3.1, out of the box. The smartphone’s highlighting feature is that it houses a massive 7000 mAh, including Fast charging support up to 25W.