Samsung is updating all the devices regularly by providing the latest security patches. The Korean giant has now started sending the April 2021 Security Patch update for a couple of Galaxy devices including Galaxy A9, Galaxy A10, and the Galaxy M30.

The April 2021 Security update for the Galaxy A9 is taking place in many countries across the world on variants build variants.

If we go with the changelog, the latest update brings the new security patch, and it may also include performance improvements, bug fixes, etc. As usual, the changelog is as follows.

The Galaxy A10 users from India have begun accepting the April 2021 Security Patch update on the software version A105FDDU6BUD2. The latest firmware weighs about 402.24MB in size. As per the changelog, there’s nothing new or changed in this update besides the new security patch. 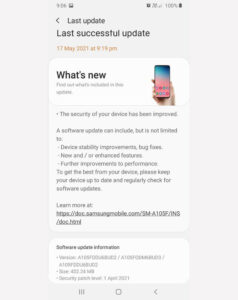 The security patch update for the month of May 2021 for the Galaxy M30 has started seeding on the build variant M305FDDU8CUD3. Similar to the other updates, it also includes only the new security patch. 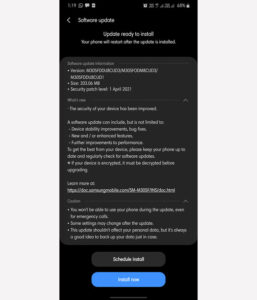 The updates are rolling out in a staggered manner. In the meanwhile, the users can head to Settings>Software updates and check for the updates. If the update popups, download and install it to experience the latest security patch.