As per the previous reports in the past few days, Samsung is tipped to launch a few new smartphones, including Galaxy Z Fold3, Galaxy Z Flip3, and Galaxy S21 FE, in the month of August. It looks like the company is also introducing the Galaxy Buds 2 at the launch event. The pair of earbuds has recently passed the FCC Certification with the design and a few key specs. 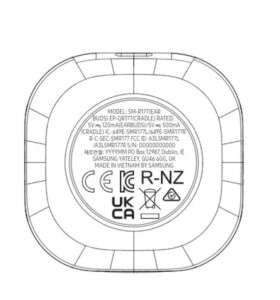 According to the recent report by Tipster (Via @simransingh931), the upcoming Galaxy Buds 2 have passed the FCC Certification today. The Galaxy Buds2 will official carrying the SM-R177 as the model number. Coming to the charging case, it will carry the model number EP-QR177.

Regarding the battery, the Galaxy Buds 2 will be backed by a 120mAh battery each, and there’s a 500mAh battery for the charging case to recharge the buds. Like other existing buds, the upcoming buds 2 will also equip with a dual-microphone setup and Active noise cancellation feature. As far as the price, a few reports have confirmed that the Buds 2 will be official at $100.

Up Next: Samsung Galaxy A80 and Galaxy A31 receiving May 2021 Security Patch update.