A week after the successful rollout of the news updates to the Galaxy Watch and Watch 3, Samsung has now started sending a new update for the Galaxy Buds Pro. The latest update carries the firmware version R190XXU0AUD5, and it weighs as little as 2.23MB. The new software update is currently taking place in South Korea, and we can expect the wider release shortly. 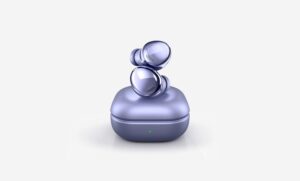 Taking the changelog into consideration, the latest brings a couple of new features, including a new function in ‘Laboratory’, Double Tap the Edge of the Earbuds function, which was earlier removed in Buds Pro. However, compared to the old one, it is a diffrent Double Tap, which is available in the Lab section.

If you want to decrease the volume, you can double-tap on the top edge of the left Galaxy Buds Pro. Simultaneously, to increase the volume, double-tap on the right Galaxy Buds instead of left. Apart from these, the new update improves the Active Noise Cancelling feature. Moreover, you can also toggle between ANC & Ambient. Except for these, the update also includes a few minor fixes and changes.

Up Next: Samsung Galaxy Note 10 Lite receiving Android 11-based One UI 3.1 Update.

Samsung launches Galaxy M12 in Thailand with 6.5″ screen and a 5,000 mAh battery