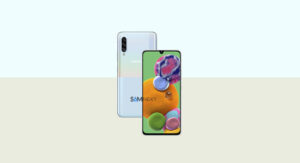 The update can be identified on the firmware variant A908NKSU3DUE1, and as said above, it is only available in Korea. Regarding the changes, Samsung has added the latest security patch, brings improves for Quick share and adds some other changes. There’s no more available in the new firmware apart from that. 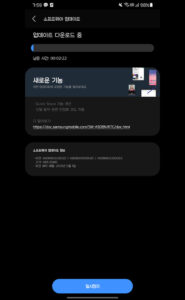 On the off chance, the security patches sometimes include bug fixes, optimizations, and improvements. If the company adds any new features, then you will be experiencing while using your device. The change of this update is added below.

As it’s the very first initial rollout of the update, it usually takes some time to reach all the devices as the update needs to be verified. When the update is confirmed that it has no bugs, it will be released widely. To manually check the update status, steer to Settings>Software updates and check for the updates.

With a 6.7-inch Super AMOLED display, the phone measures 164.8 x 76.4 x 8.4 mm dimensions and weighs 206 grams. It boots with Android 9.0 (Pie) and packs a 4,500 mAh battery, including 25W Fast charging support. The Octa-core processor based Qualcomm Snapdragon 855 (7 nm) Chipset paired the device. It is available in 6GB RAM and 128GB internal storage. There’s a triple rear camera and a 32-MP selfie camera.