Samsung releases the April 2021 Security Patch to Galaxy A9 Star

After the Samsung Galaxy Note 8, Galaxy Tab S5e, Galaxy A01, and other devices, the company has started turning out the April 2021 Security Patch update for the Galaxy S9 Star devices. The update is available for both the unlocked & carrier variants, and as of now, it is taking place in China and Hong Kong. We can expect the broader release in the next few days. 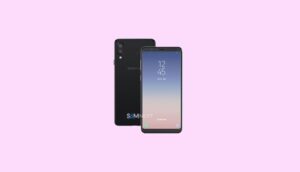 The Galaxy A9 Star’s latest update brings the latest April 2021 Security Patch update, and it also includes 30 fixes from Google and 21 fixes from Samsung. Apart from these, we can also expect a few other bug fixes, improvements, etc., in this update. The firmware versions of these updates are dropped below.

If you are a Galaxy A9 Star user from any of the countries as mentioned earlier, the update will automatically arrive on your smartphone within a few days or hours. If the update arrives, install it to experience improved performance. Alternatively, you can also go to Settings>Software updates>Check for the updates.