Samsung once again became the first smartphone brand in the world to release the June 2021 Security Patch update. The patch was initially released to the Galaxy S21 Series, Galaxy S20 Series, and a day back, the Galaxy A50 has joined the list. Presently, the brand is expanding the same update to the Galaxy A8 (2018) users. 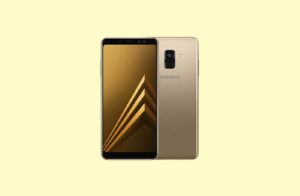 As the latest news, the new security patch for the Galaxy A8 (2018) can be identified on the build variant A530FXXSKCUF1, and it is spotted rolling out in UAE. The company has not detailed any changes included in this new update. However, the security updates usually include the fixes for known issues and improvements.

As it’s the very initial release of this new firmware, it generally takes a few days for verification. After the successful validation of the update, slowly, all the users will start receiving the update. Notwithstanding, the Galaxy A8 (2018) users from UAE will receive a notification automatically when the update reaches their device. Alternatively, the update can be checked physically from Settings>Software updates>Check for the updates.