[April 15, 2021]: After the fruitful rollout of the update in Russia, Samsung has now started rolling out the One UI 3.1 update to the Galaxy A51 users in India.

After a small break, Samsung has again started rolling out the One UI 3.1 update to its Galaxy devices. It’s now the Galaxy A51 tasting the One UI 3.1 update. The build version A515FXXU4EUC8 can recognize the update, and as of today, it is currently limited to Russian users. 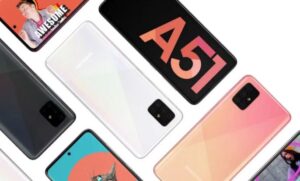 The Galaxy A51 owners from Russian will receive a notification shortly as soon as the update reaches the device. It can also be checked manually from Settings>Software updates and check for the updates. If you have received the update and installed it, do let us know the performance via the comment section below.