In recent months, the Galaxy A50 has received security updates in the first five lists. But this month, Samsung has delayed the new security update for the device. However, the Galaxy A50 users from Korea have started picking the July 2021 Security Patch update on the firmware version A505NKSU5DUG2. There’s no information available about the firmware availability in other regions. 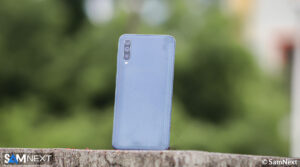 The changelog remains a mystery at the moment. However, according to the previous updates and security bulletins, the July update must include fixes for 41 CVEs from Google and 8 SVEs from Samsung. And on the off chance, the firmware might incorporate improvements for the camera and some minor unnoticeable changes.

Due to the nature of OTA updates, it is taking place in a phased manner and hence, users need to wait for a few more days to grab the update. If you are a Galaxy A50 user from Korea, a notification will pop up immediately when the update reaches your device. Alternatively, the firmware can also be checked manually by making a beeline to Settings>Software updates and check for the updates.