Galaxy A42 5G was launched last September with an Android 10 based One UI 2.5 operating system. Currently, the smartphone starts to receive the Android 11 update after some high-range series smartphones. This update is one of the three promised upgrades to Galaxy A42 5G users by the company. 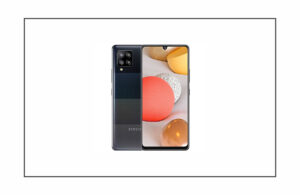 The latest update bears a firmware version number A426BXXU1BUB7 and was spotted in the Netherlands. The update is not expanded to other countries. However, it is expected to roll out in other regions very soon.

Galaxy A42 5G receives Android 11 based One UI 3.1 update instead of One UI 3.0. This is a polished implementation of Android 11. The update also includes March 2021 security patch. The update adds new features, namely Private share, single take, eye comfort shield, auto switch, and many more.

If you are a Galaxy A42 user residing in the Netherlands, then you can check this update by navigating to settings>> software updates>> check for updates>> Download and install.

Galaxy A42 hosts a 6.6-inch super AMOLED display with 720×1600 pixel resolution. Coming to the camera, the smartphone is equipped with a 48MP primary camera, 8MP wide-angle camera, 5MP macro camera, and a 5MP depth sensor. The smartphone is available in 4GB/6GB/8GB variants with a standard internal storage of 128GB. The device houses a 5,000 mAh battery with 15W fast charging.

Up Next: Samsung launches Galaxy A32 in South Korea with a 90Hz refresh rate and 5,000mAh battery respectively.