Samsung Galaxy A40 and Galaxy A21s start getting the One UI 3.1 update in more regions

From the past few days, Samsung is sequentially rolling out a couple of new updates to the eligible smartphone as per the schedule. The Galaxy A40 and A21s smartphones have now begun accepting the One UI 3.1 update in more regions. The update for the Galaxy A40 is taking place in Italy, Greece, and Slovakia countries. At the same time, the Galaxy A21s update is currently rolling out in Azerbaijan and Macedonia. At the moment, the firmware versions of the update remain unknown. 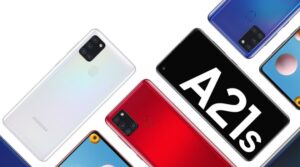 Like all the other One UI 3.1 updates, it also incorporates the Android 11 and One UI 3.1 features, user-reported & known bug fixes, improvements to the camera, system, & other applications. Apart from these, the other sources have also confirmed that the update also includes the latest April 2021 Security Patch.

The Galaxy A40 and A21s from the above countries will be able to see a notification if the update arrives on their smartphones. Alternatively, you can head over to Settings>Software updates and check for the updates. In case if the update reaches your device, then install it to experience improved performance.