One month after the launch of Galaxy A32, Samsung has started sending the April 2021 Security Patch update to the users. The latest update arrives on the firmware version A325NXXX1AUE1, and it weighs almost 349.70MB in size. At the moment, the update is rolling out only for the South Korean units. 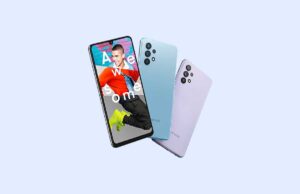 As mentioned in the changelog, the latest firmware adds the April Security Patch and brings improvements to the Quick Share feature. The security updates generally weight less than 200MB if it doesn’t contain any other changes. Interestingly, the Galaxy A32 update weighs nearly 349.70MB, which means the update might also incorporate some other changes. 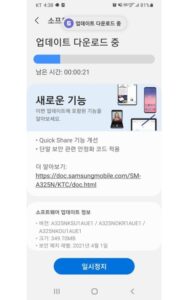 (Thanks for it kmj)

The changelog also mentioned that the update might also include bug fixes, improvements, and enhancements.

The Galaxy A32 users from Korea can make a beeling to Settings>Software updates and check for the updates. Users also need to be patient for a few days as the update is following the staggered rollout.