On the previous day, Samsung has sent few new updates to the Galaxy Quantum 2, Galaxy A90 5G, Galaxy J8, Galaxy M30, and others. The Korean giant has now started sending the Security Patch update for the month of April 2021 to the Galaxy A30s smartphone users. The update carries the firmware variant A30FNXXU2BUD2, and it weighs around 203.45MB in size. At the moment, it is rolling out only to Indian users. 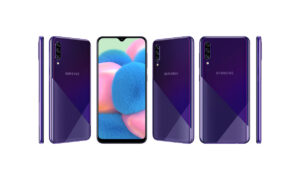 If we go with the changelog, as usual, the firmware incorporates only the new security patch. Except that there’s no more available in this new update. Regardless, if the company adds any new major changes or features, you will be noticing them while using your smartphone. 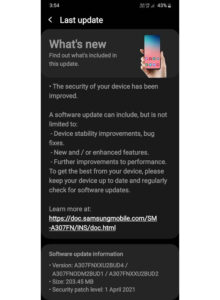 Note: The update is following the staggered rollout like all the other OTA updates. So, it may take a week or more to appear on all the units.

The Galaxy A30s users from India will receive a notification when the update arrives on their smartphone. Likewise, the update can be checked manually from Settings>Software updates.