[May 17, 2021]: The Galaxy A30 Indian users have begun accepting the Android 11-based One UI 3.1 (Skin). It carries the same firmware, A3050ZCU4CUE1. If we go with the changelog, it adds many new Android 11 and One UI 3.1 features. The latest update brings features like chat bubbles, one-time permissions, Dynamic media controls, A built-in screen recorder, and many more. The Galaxy A30 Indian users will receive the notification about the update shortly within the next few hours or days. 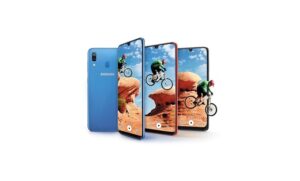 However, the update should include the main Android 11 features like Dynamic media controls, A built-in screen recorder, Conversation notifications, Notification history, Chat bubbles, Smart device controls, etc. Nevertheless, we will update the article once we get the changelog.

As it is an initial release, the update is rolling out only in the Chinee markets. However, we expect the update to follow within the next few days in more countries. The Galaxy A30 users from China will receive a notification automatically when the update arrives on their device. Alternatively, users can also make a beeline to Setting>Software updates to check for the updates.