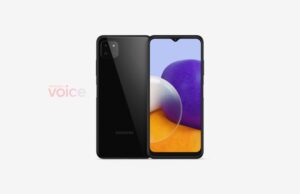 In the latest Bluetooth SIG posting, the gadget has shown up with various model numbers (SM-A226B-DS, SM-A226B-DSN, SM-A226B, SM-A226BR-DSN, and SM-A226BR-N). At the same time, the device has passed the FCC Certification with a new model number SM-A225M. So, in most cases, it could be the 4G variant. 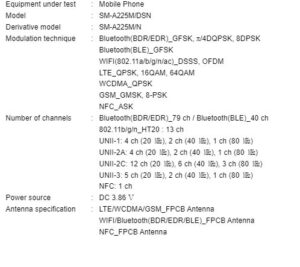 The posting has additionally affirmed a couple of connectivity options, including Wi-Fi 802.11 a/b/g/n/ac, NFC, LTE, GPS, and Bluetooth. There’s also a MicroSD port available for the device. Furthermore, the smartphone will come with the 15W charging adapter (EP-TA200) out of the box.

Aside from the specs as mentioned earlier, there is no more information available in the listing. Different specs of the Galaxy A22, like Camera, Chipset, etc., remain a mystery at the moment. 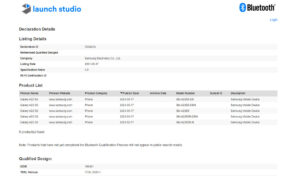 The upcoming Galaxy A22 will be available for purchase in both the 4G and 5G variants. It is rumoured to sport a 6.4-inch FHD+ LCD display with a waterdrop style notch on the top. The phone runs Android 11-based One UI 3.1 Skin out of the box. There’s a 5,000mAh battery paired with 15W fast charging support. Moreover, the Galaxy A22 is also rumoured to come with MediaTek Dimnesity 700 SoC Chipset.